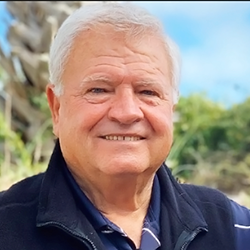 Larry Dyer was born in Gainesville, Georgia.  He graduated from Gainesville High School where he excelled in baseball and football as an all state fullback/linebacker and was named to the 1970 Georgia High School Athletic Association All-Star Football Team.  He attended Tennessee Tech University.

Larry worked for four years with KLLM Trucking & Logistics in Jackson, Mississippi.  He then returned to his hometown of Gainesville and founded Dyer Roofing and Sheet Metal in partnership with his brother, Johnny, in 1977.

Larry is a husband, father of 3 and a “Pops” to 6 grandchildren. He enjoys spending time with his family, reading and is an avid golfer.